The discovery of fossilized droppings in Poland has yielded new insights into a late Triassic dinosaur that roamed the Earth 210 million years ago.

The Smok wawelski was a large archosaur predator that shared many similarities with T. Rex and researchers from Uppsala University in Sweden say that the theropod likely crushed up and ate the bones of its prey to access the marrow.

The team detailed their findings in a new study published in the journal Scientific Reports.

Few dinosaurs were known to exhibit this kind of behavior as most dinosaurs ate the flesh of their prey, but the discovery of teeth and bones fragments in fossil droppings of the Smok wawelski shows that the dinosaur did eat bones.

The researchers studied ten fossil droppings believed to belong to Smok wawelski that were found in Poland. After scanning the fossils, called coprolites (fossil poop), the researchers created 3D images of the scans to better study the fossil components.

The coprolites contained bones from prey and crushed teeth from the wawelski itself, and the researchers say this is because the predator may have accidentally ingested broken teeth while chewing on bones.

In fact, 50 percent of the droppings were made up of bone fragments and teeth. 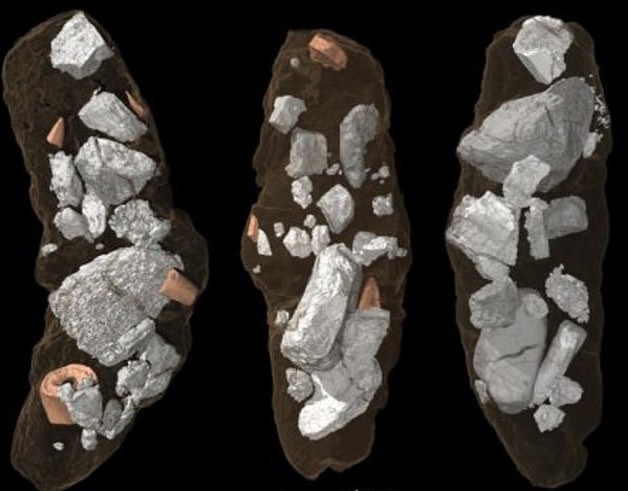 The archosaur also shares similar characteristics to other bone eating dinosaurs like a large head and body which the researchers say helps prove that the animals engaged in osteophagy (eating bones).

Some animals still eat bones today like dogs, grizzly bears, and giraffes although osteophagy in the animal kingdom is typically done to ingest more phosphorus which is lacking from many herbivorous diets.